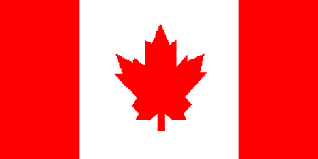 Reasons to Study in Canada To make your educational experience truly international around thousands of students from different parts of the world visit Canada annually. Here are some of many reasons why you should study in Canada as an international student: Canada is a peaceful destination, and is politically stable and safe country with laws that protect the rights of citizens. Several cities of Canada, such as Montreal and Alberta are named among the 'best places to live in'.

The Degrees that you get at a Canadian college or university are usually internationally recognized.

Your degree can be presented globally without fear of repercussions and will lead you to a good job. Affordable education is one of the main reasons to study in Canada.

When compared to other countries such as United States and United Kingdom, the cost of education is lower, which makes Canada a preferred choice for students attending college or university. Canada is a world leader in mining technology, aerospace, software development, telecommunications and environmental industries.

The quality of education offered in Canada is counted amongst the best in the world and features innovative research methods, top class faculties, internationally acclaimed scholars and research excellence

Two official languages, French and English are taught as second languages, which makes Canada world leaders in language training. Most students opt for language courses before a regular academic program if they have difficulty in grasping these languages.

Numerous work opportunities after graduation is considered a very major reason for international students to visit Canada. Every student has a decision to make based on several reasons of the country he wishes to visit, so if you are willing to visit Canada to study or have a decision to make regarding your international education fulfillment, Qadri International will love to help you choose the right path for your pathway to success.